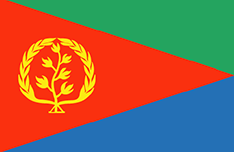 -
Kıpti : Aksum Mariam - The city of Aksum accepted Christianity as early as the 4th century AD, and almost immediately built the church of St. Mary of Tsion, the first in Sub-Saharan Africa.

-
Ortodoks : Paid holiday when falling on Saturday or Sunday

We carry confirmed dates till Sep 2021; Further dates are projected dates based on previous years

Please note that authorities may take last-minute decisions; please double-check if this information is vital to you< > Contact [email protected] to purchase the full calendar for Eritrea or one file containing confirmed calendars of 550 countries and regions.;

-
Ortodoks : A Christian holiday (from the Greek word epiphaneia meaning manifestation or to appear) commemorating the presentation of the infant Jesus to the Magi, or three wise men. It marks the end of the twelve days of Christmas and is also called The Adoration of the Magi or The Manifestation of God . According to legend based on a Bible story, three kings (or wise men/magi), Caspar, Melchior and Balthasar saw a bright star on the night that Christ was born. They followed the star to Bethlehem where they found the baby Jesus and presented him with gold, frankincense and myrrh.

-
Kültür : Commemorates the resistance. operation of 1990 to liberate the port city of Massawa.

-
Ortodoks : Only observed by the Orthodox community Paid holiday