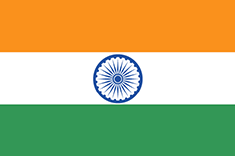 We carry confirmed dates till April 2023

-
Laik tatil : Subhas Chandra Bose (23 January 1897  18 August 1945) was an Indian nationalist whose defiant patriotism made him a hero in India, but whose attempt during World War II to rid India of British rule with the help of Nazi Germany and Imperial Japan left a troubled legacy. The honorific Netaji (Hindustani: Respected Leader ), first applied in early 1942 to Bose in Germany by the Indian soldiers of the Indische Legion and by the German and Indian officials in the Special Bureau for India in Berlin, was later used throughout India. [Wikipedia]

-
Laik tatil : It was the Lahore Session of the Indian National Congress at midnight of December 31, 1929 - January 1, 1930, that the Tri-Colour Flag was unfurled by the nationalists and a pledge taken that every year on January 26, the Independence Day would be celebrated and that the people would unceasingly strive for the establishment of a Sovereign Democratic Republic of India. The professed pledge was successfully redeemed on January 26, 1950, when the Constitution of India framed by the Constituent Assembly of India came into force, although the Independence from the British rule was achieved on August 15, 1947. It is because of this that August 15 is celebrated as Independence Day, while January 26 as Republic Day. www.indiaa2z.com

-
Budizm-Hinduizm : A Hindu festival in honor of Lord Shiva and his marriage to Goddess Parvati. Ceremonies involving prayers and hymns take place mostly at night.

-
Laik tatil : A three-day-long festival that commemorates the commencement of a Happy new year for the Chakmas and is their most important festival at Unakoti district.

-
Budizm-Hinduizm : A tribal festival celebrated in a traditional way by the people of Tripura. It is celebrated throughout the state with a lot of pomp and gaiety. The children and youth play drums, sing and dance in front of the Lord Garia, the deity of livestock and wealth to please him.

-
İslâm : Ends the ninth month in the Islamic calendar. There were 30 days of strict fasting from sunup to sundown in honor of the first revelation to the Prophet Mohammed.

-
Budizm-Hinduizm : Celebration of the ancient Gurus, in particular Sage Ved Vyas. A Guru is seen as a remover of darkness, a teacher. The date is the full moon of the month Asadha.

-
Laik tatil : 24 May 1899  29 August 1976 -- was a Bengali poet, writer, musician, and revolutionary from the Indian subcontinent. He is the national poet of Bangladesh.Popularly known as Nazrul, he produced a large body of poetry and music with themes that included religious devotion and rebellion against oppression. Nazrul's activism for political and social justice earned him the title of Rebel Poet . His compositions form the avant-garde genre of Nazrul Sangeet (Music of Nazrul). Nazrul and his works are equally commemorated and celebrated in Bangladesh and India, particularly in India's Bengali-speaking states such as West Bengal, parts of Assam, and Tripura. [Wikipedia]